“Sailor Brennan?” the man—not boy—asked flatly, his eyes raking me head to toe like I was a call girl he’d just opened his door for and discovered was not up to his standards.

I felt my body stiffening in defense and shook my head, ridding myself of the weird hold his looks had on me.

“Yeah.” I reared my head back so I could take more of him in, and also because I couldn’t tell if the need to head-butt him would arise. This guy was a complete stranger, after all. “Can I help you?”

“I’m Hunter Fitzpatrick.” He pointed at himself, his smirk a perfect, well-practiced half-moon with the right amount of teeth-to-dimple ratio.

I blinked at him, waiting for further explanation. “And…?” I frowned when it became obvious his statement was also meant to serve as some sort of clarification.

His eyes inched wider in surprise, but he soon arranged his features back into a flaccid expression and cleared his throat.

“Can we talk somewhere?”

“We are talking somewhere.” I took my AirPods out, dropping them into my front pocket. “Right here. And if you don’t tell me what it’s about, I’m afraid I’ll have to turn around, get into my car, and drive away.”

“I’m afraid I’ll have to block your way out of here, if you do that.” He dragged his fingers through his tresses, each golden hair submitting to the movement, like a gust of wind swiping a wheat field.

Spoiled brat. I stared at him with a mixture of irritation and confusion.

“Then,” I said carefully, “I’m afraid I’ll have to run you over. So let’s spare you the hospital visit and me the inconvenience. Can you tell me why you’re here? You’re getting me in trouble.”

“My trainer thought you were a hookup or something.”

“JFC, back it up all the way.” He snorted a lewd laugh, actually abbreviating Jesus effing Christ. He shot another glance at my nonexistent breasts.

I wore a snug, long-sleeved shirt and yoga pants, paired with an old pair of sneakers I probably should have replaced three years ago. Despite my best efforts, I felt myself blushing at his dismissal. I knew what I looked like, and I wasn’t a perfect ten. I was scrawny, with red, tangled hair cascading all the way down to my butt, and a dusting of freckles everywhere the sun touched. On a scale of one to ten, I was a six on a generous day. Hunter was a perfect million.

“I wanted to run an idea by you.” He leaned a hip over the open trunk of my car.

Everything about him was lazy and indulgent. He was the opposite of my brother and dad. He loved himself and was hyperaware of his good looks. It turned me off.

Not that I was turned on in the first place.

“About?” I shifted from foot to foot. My nerves were tattered, frayed at the seams. Boys never spoke to me, and when they did, they didn’t look like him.

“You just said there is no us. And I’d like to reinforce that statement.” I yanked my car keys from my duffel bag, slammed the trunk shut, and rounded my car. He tailed me, his movements tiger-smooth, especially for a guy his size. He was very tall and very lean, and—most annoying of all—smelled very, very nice. A mixture of clean laundry, cinnamon, and corrupted male.

“Whoa, hold the phone. You really don’t have any idea who I am?” He touched my shoulder to stop me from entering the car as I opened the driver’s door.

I looked at his hand with an arched brow. He withdrew it immediately.

“’Kay. So? You don’t?” He searched my face, his brows leveling with his hairline.

I shook my head. “Not even the faintest clue. My condolences to your ego.”

“H-u-n-t-e-r F-i-t-z-p-a-t-r-i-c-k,” he drawled slowly, treating me no different than a first grader practicing her letters. “You know, of Royal Pipelines.”

“If this is a sexual innuendo, I am going to have to knee you in the balls,” I said matter-of-factly. I did not, however, feel half as calm as I pretended to be. His mere presence rattled something deep in my stomach, and I felt nauseous with excitement.

“Don’t objectify me, lady.” He ripped a VLTN beanie from the back pocket of his designer jeans, slapping it on his head and covering his eyes with a sulk.

That thing cost four hundred bucks. I knew because I’d gotten something similar for Belle’s birthday. But that was a joint gift where her sister, parents, and cousin had also chipped in. Who on Earth was this guy?

“I come from the fourth richest family in the country.” He pouted, peeking through the edge of the beanie now, looking ridiculously yet adorably infantile.

“Good for you. Are there any more meaningless details about your life you’d like to share before I depart? Favorite color? Maybe the age when you lost your first baby tooth?” I hmm-ed.

But now that he’d said his name again, the penny dropped, and I understood why he was surprised I didn’t recognize him—mainly because everybody else in this city did.

Hunter Fitzpatrick was unfairly, undeniably, irrefutably stunning. Shockingly so. In a way that made me resent him simply because men that handsome aren’t trustworthy.

Let me amend—men in general aren’t trustworthy. The pretty ones were extra mean, though. That was a lesson I’d learned in high school that wasn’t in the syllabus.

Rumor around Boston was, Hunter’s parents had sent him to Todos Santos, California, four years ago after he got kicked out of a British school, hoping to clean up his act by settling him with his Bible-studying uncle and aunt, or at the very least keep him away from the East Coast press. The latter hounded the Fitzpatrick family, and Hunter specifically, seeing as he had the notable ability to act like an idiot. In fact, I remembered one particular headline referring to him as “The Great Ghastly,” after one of his pool parties back west ended up with two people breaking their limbs trying to jump from the roof into his pool.

Even from California, the rogue Fitzpatrick had managed to make headlines. According to the gossip mill, his sexual conquests were currently in the triple digits, and if angels got their wings every time he had a fling, heaven would be so severely overpopulated, they’d have to start building new, up-and-coming sections in hell.

Hunter’s hair was muddy gold, curling in angelic twists around his ears, temples, and the nape of his neck, enhancing his heart-stopping beauty. His eyes were narrow, almost slanted, and brilliantly light, a mixture of gray and powder blue with flecks of gold, and his high cheekbones, square jaw, and pouty lips gave him the elegance of a surly, spoiled prince. His nose was straight and narrow, his eyebrows thick and masculine, and he had that healthy, glowing tan of a man who got to see the better parts of the world.

Hunter’s body was discussed just as much as his antics. He’d played polo while he studied in the UK, and continued doing so privately after he got kicked out and moved to California. He was lean, muscular, and freakishly tall for a polo player. According to the rumors, he had enviable abs and a member the size of the Eiffel Tower.

In short, he screamed trouble, and not the kind I had time for.

“I have a proposition for you.” He tipped his nose up.

God, he was so arrogant I wanted to throw up on his Fear of God Jungle sneakers ($995, Emmabelle had once told me—at this point, he was a theft victim begging to be targeted).

“That’s an untextured way of thinking. You haven’t even heard it yet.”

I raised my palm, smiling politely. “Based on your reputation alone, combined with the fact that we’ve been standing here for ten minutes and you still haven’t gotten to the point, I can deduce we are not a good match. For anything.”

“I need you to live with me for six months. But, like, in a sick-ass apartment downtown. Super rad shit.”

He completely ignored my rejection. Furthermore, he talked like he was doing me a favor. True, my parents were not on any list of the richest people in the country, continent, or outer space, but they did very well for themselves. In fact, I’d grown up in luxury. But like Mom, I rejected the idea that money equaled happiness. I found that oftentimes, the opposite was true.

“Oh,” I said cheerfully. “Well, in that case, the answer is still no.”

“Wait! I have something you want.” He had the audacity to close the driver’s door behind me, bracing his arms on either side of my shoulders, caging me in.

I stared at him, bewildered. Was he high or something? “What?” I spat, wishing someone would come out of the club, see us, and shoot an arrow through his skull. Another part of me—a teeny, tiny part—enjoyed the attention this fine male specimen was providing me. I made a mental note to drown that part of me in the bathtub when I got home.

Add the upcoming books to your TBR 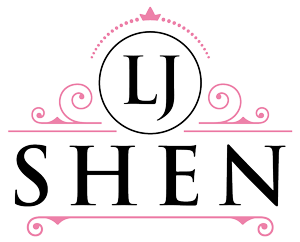