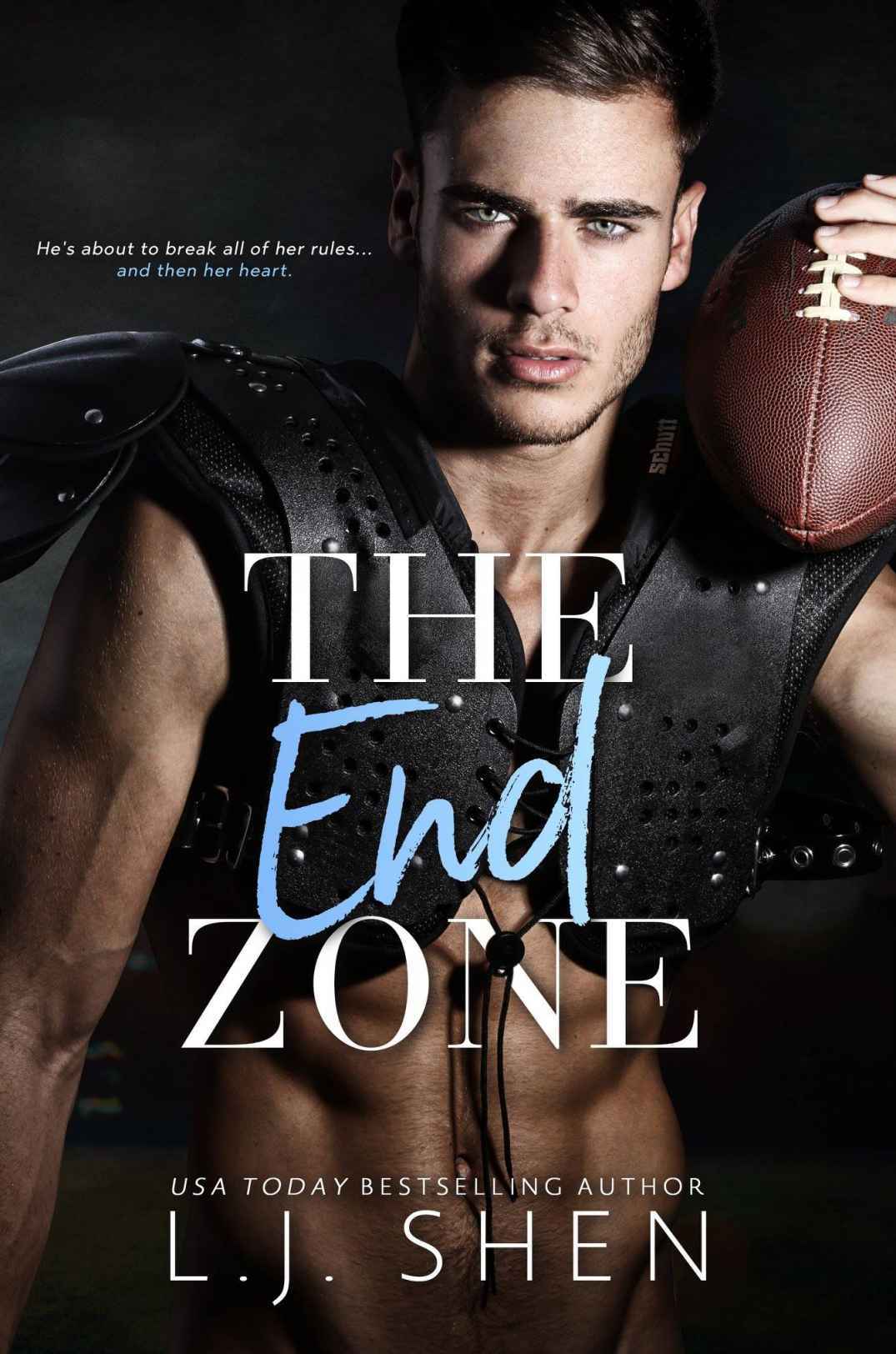 Jolie Louis is a smart girl.
She knows that her best friend, Sage Poirier, is a bad idea.
He’s a walking, talking cliché. The Adonis quarterback with the bulging biceps and harem of fangirls trailing behind him on campus like a stench you can’t get rid of.
Sadly, that’s also the reason she can’t stay away from him.
Well, that and the fact that they’re roommates.
Jolie is already straddling the line between friendship and more when Sage comes to her with an offer she cannot refuse: be his fake girlfriend and live for free for the rest of the semester.
She tells herself that she can handle it.
He’s just the boy she saved ten years ago, right?
Wrong. So very wrong.
He is a man now, and she is his captive Heart, body, and soul…

On the eighth night, she decided to talk to him.

Eight nights since the Poiriers had waltzed into her life, occupying the house next door.

Eight nights in which the screaming, yelling, and crying of Mrs. Poirier and the roars of her husband pierced Jolie’s ears, trickled into her soul, and left her trembling under the quilt her grandmama had made for her.

Eight nights in which their kid—about her age, ten or eleven—stumbled to their squeaky porch, his dirty blond hair sticking out in every direction and his chest heaving with uneven breaths.

Mouth curled in a dark scowl.

Eyes blazing hot, red rage she could see even in the pitch-black of the night.

Eight nights that he’d been climbing the oak tree which divided the land between the Poiriers’ and her house. He sat there, hidden by branches and leaves. Sometimes he howled to the moon like a lonely wolf. Most times, he cried as silently as humanly possible.

The girl pushed her window up with a groan, dragged an old case of books across the carpeted floor, hopped on it, and slipped through the open crack, pouring from the safety of her bedroom to the untamed, uncut meadow. The rain pounded hard on her face, the wind swooshing in her ears. It was humid, hot, muggy, and sticky. Her white cotton pajama dress clung to her skin, rain dripping from its hem to her feet. The grass was slippery, and mud coated her toes. The boy was trudging to the tree determinedly. She cautiously ambled in the same direction.

He slowed when he saw her, so she picked up the pace. Later in life, she’d learn that this was their special tango. One pulls, the other pushes. One wants, the other gives. One loves, the other hurts.

“What are you doing here?” he yelled through the rain. It was impossible to answer him. Her heart was in her throat, pounding boom, boom, boom like a caged animal craving freedom.

Step, another step, then another. She wondered if that’s how it felt to be alive. Really alive. Not just living. Wet, uncomfortable, and shivering in the midst of a hot summer storm. Up close, he looked even angrier, his eyes a terrifying hue of midnight blue and ire.

They stopped about six feet from each other, right next to the tree. He was slightly taller, slightly wider, face slightly tenser, and a lot warier than she expected.

“Well?” he repeated, brooding. He is far too young to brood, she remembered thinking. And it worried her, despite all reason. “Why the hell are you here?”

“I’m sorry,” she said, swallowing the pain she carried for him. Like stars in her pocket—it was huge, and she couldn’t begin to understand how she’d harbored it for eight nights. He needed help, and she wanted to give it to him.

They’d start school in a couple of weeks—fifth grade—and he’d be the new kid. She decided right then and there that she was going to be his ally. She’d be his friend, whether he liked it or not.

“You’re sorry?” He snorted out a bitter laugh, shaking his head. Raindrops ran from the tip of his straight nose, his full lips flattening in an angry line. “Well, don’t be. I’m perfectly fine.”

“You don’t look fine,” she insisted.

“I’m here for you.” She hugged her midsection, embarrassed. Her grandmama used to say that honesty made you vulnerable, but that there was nothing stronger than the truth.

“Whatever you need, I’m here for you. I’m Jolie, by the way.” She stretched her hand between them. He stared at it, contemplating, like she offered him much more than a handshake. And maybe she did. The whole thing felt bizarre. Grown-up. The oak tree beside them looked like a living thing, watching as they made this unlikely pact.

“Sage,” he said, his palm connecting with hers.

She squeezed hard; he inhaled harder. He jerked her to his body, buried his head in the crook of her shoulder, and shook with tears she couldn’t see.

They hugged in the rain, just like in the movies.

They hugged long, and tight, and desperately, his skin soaking into hers like a kiss.

The girl thought to herself, this is how beautiful love stories begin. She pressed her ear against his thrumming pulse. His body was warm, but his muscles were rigid like ice.

The girl closed her eyes and the storm disappeared. Not because it had stopped, but because beside him, she felt fearless.

And on the eighth night, the girl gave the boy more than friendship and a hug, without even meaning to—and definitely without agreeing to.

On the eighth night, the girl gave the boy her heart.

He took it silently, never offering his back.