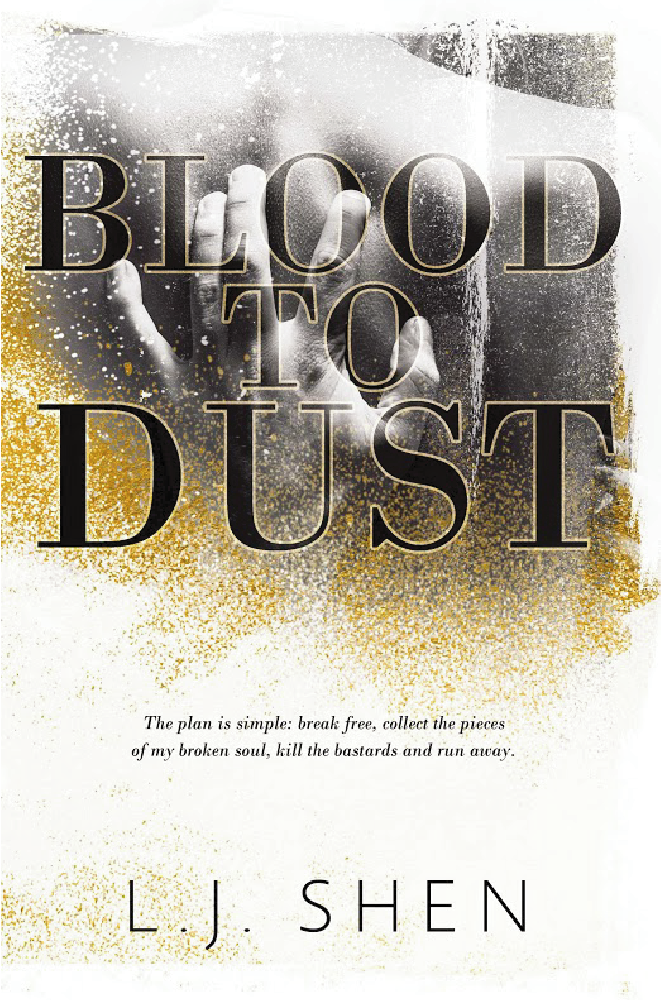 “A phenomenal book! I experienced every taste, touch and smell in the Beauty and the Beat’s journey.” – Liv Morris, USA Today Best Selling author.

“Blood to Dust twisted the usual captive/captor read and turned it into a Bonnie and Clyde type of bloody story. Setting off together, Pea and Nate turned the whole book into a totally different story, and it was brilliant.” – Sabrina, Escape to Reading Blog

Blood to Dust is a standalone, full-length novel. It contains graphic violence and adult situations some may find offensive. It is an Amazon international bestseller.

His name is Beat, and I should hate him.

Bound, blindfolded and bruised, I’m tied in his basement, waiting for the men who stripped me from clothes and humanity to collect his debt to them. Me.

His name is Nate and I should hate him, but I don’t.

His name is Nathaniel Thomas Vela, and I’ve never seen his face, though I hear that it’s beautiful.

Behind the rugged and handsome exterior, there’s a quiet murderer, a killer who thinks guns are for pussies and ends people with his bare hands.

His name doesn’t matter, neither does his face, but what does matter is my heart. And right now, sadly, it’s his.